Perfect for your holiday concert opener, Ornaments! begins with a fanfare of favorite tunes from the holiday season. Following the fanfare, an original melody strings together snippets of carols, like ornaments on your Christmas tree.  From composer/arranger Jon Bubbett, this holiday piece is uplifting and lead you and your audience into the spirit of the season. Your band and your audience will be in the holiday mood with Ornaments! 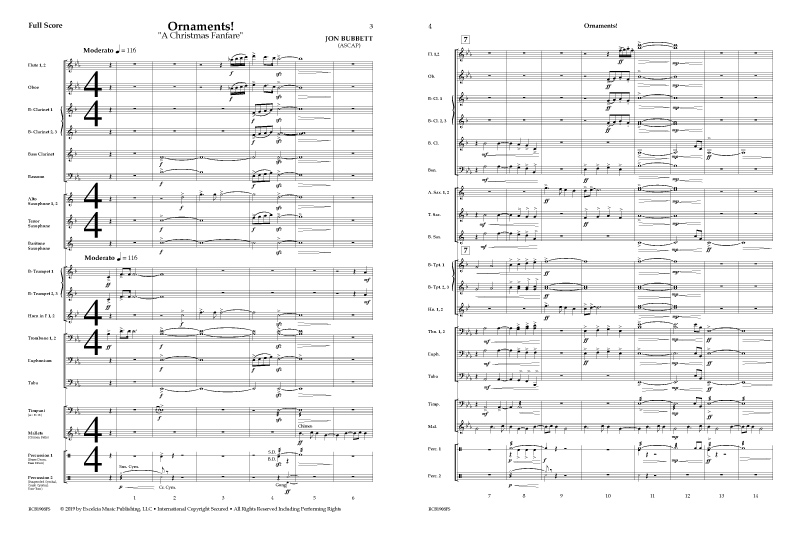