Here’s a very easy rock tune with a fun twist – it is built on ten measure phrases! Your band will sound great in a hurry with this one and will have a blast in the process. Punchy Brass licks and outstanding Saxophone lines are a feature of this engaging rock chart. As a bonus, there is a separate guitar chord frame chart specifically for this piece that has basic and more advanced diagrams. 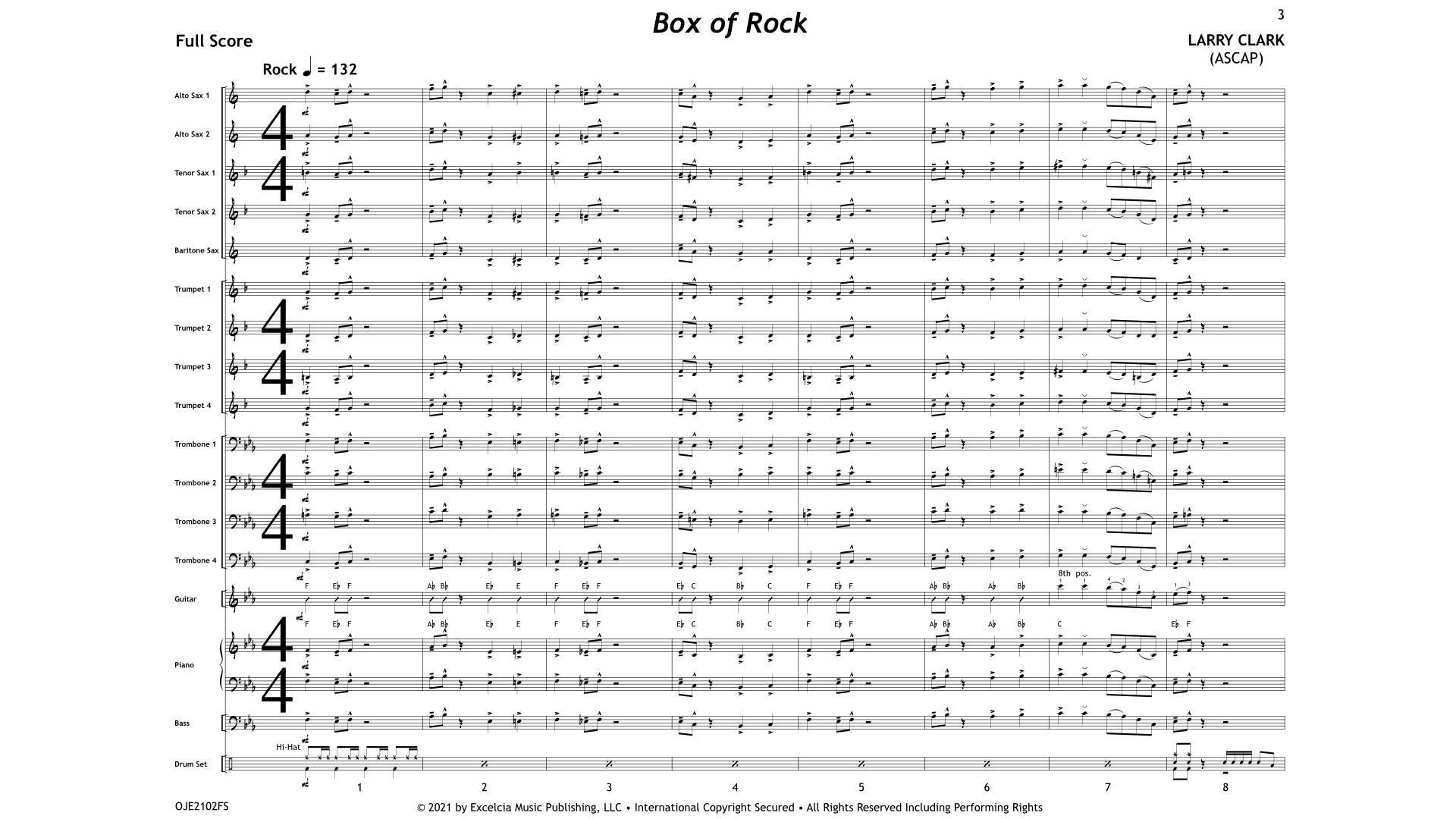