This new edition of Arthur Pryor’s Heart of America march is beautifully engraved and perfect for school or community ensembles. Brilliantly American, this march has the feeling of music from the roaring 20’s and many quotes from America (My Country, Tis of Thee). 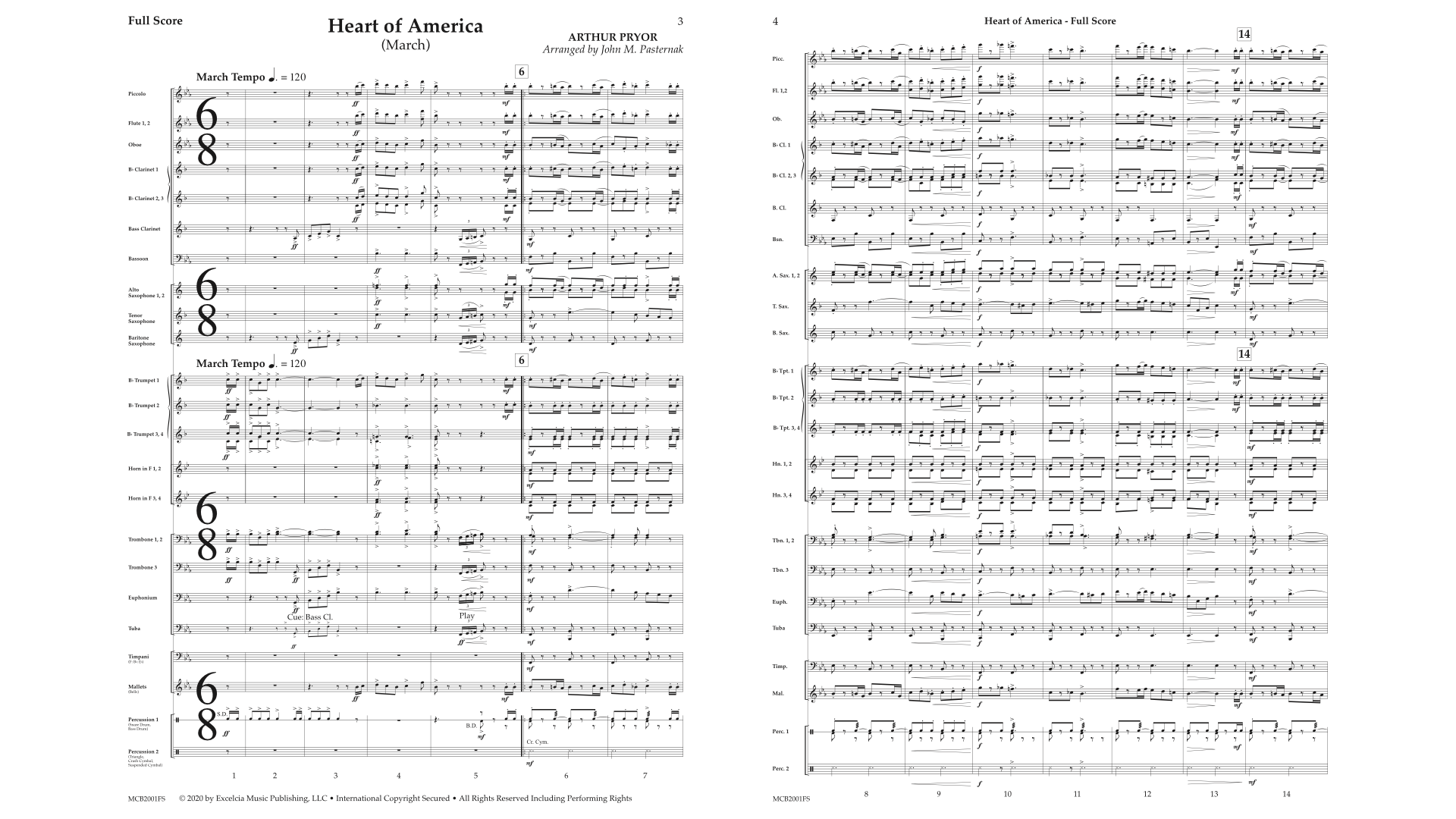