Mary, Did You Know?

This SATB divisi piece with male solo was performed by Voctave on the album The Spirit of the Season, with special guest Mark Lowry the composer of this beautiful Christmas song. This is an authentic Voctave arrangement by Jamey Ray with very wide ranges but will leave your audiences speechless.
*Please note all Voctave titles have a 10 copy minimum. 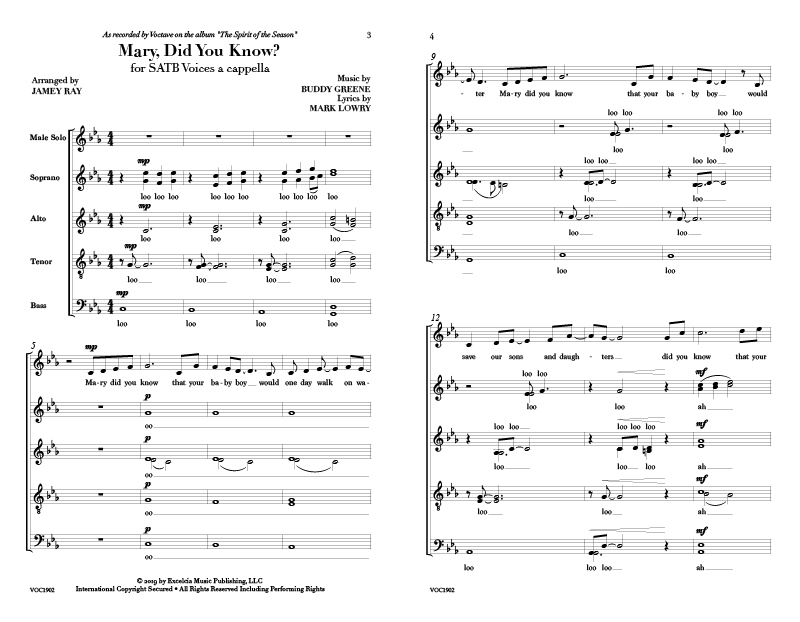