Kalos Eidos is a delightfully programmatic work, meant to musically portray the characteristics of a Kaleidoscope. Carol envisions colors and patterns, masterfully representing them for the modern concert band. Clever passages weave around the ensemble giving musicians and audiences alike something to enjoy. We know you will love Kalos Eidos. 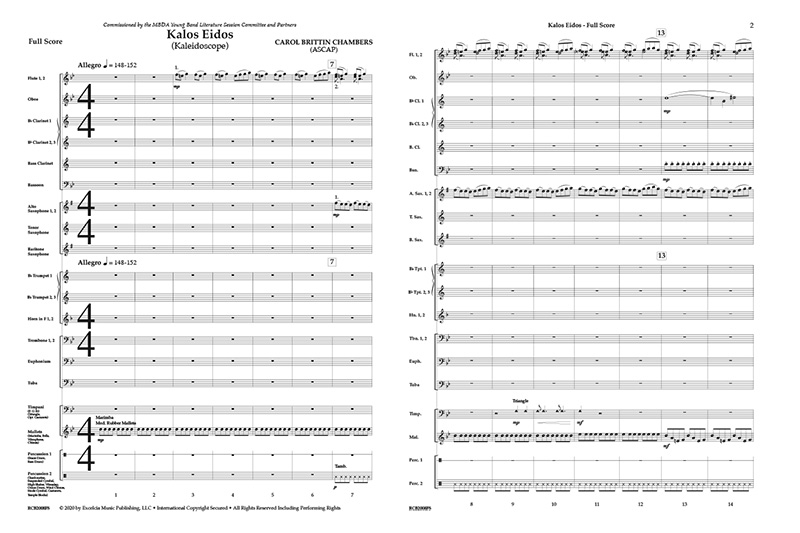