With pulsing energy from the opening bar, The Knight Errant moves forward with driving precision, building intensity and energy as the piece develops. Composer Alan Lee Silva carefully crafts a tale of a mythical knight who valiantly searches for adventure and opportunity.

Alan’s credits include songs and underscore for shows and attractions at Universal Studios Japan, Tokyo Disney Sea, Shanghai Disney, Sesame Street Live and the upcoming Universal Studios Beijing. As an arranger and orchestrator, he has worked on Disney’s Cinderella: A Twist In Time and Cinderella: Twice Charmed, the PBS Documentary Mel Brooks: Make A Noise, television’s 7th Heaven as well as the Warner Brothers musical Secondhand Lions and the Ford’s Theatre musical Liberty Smith. 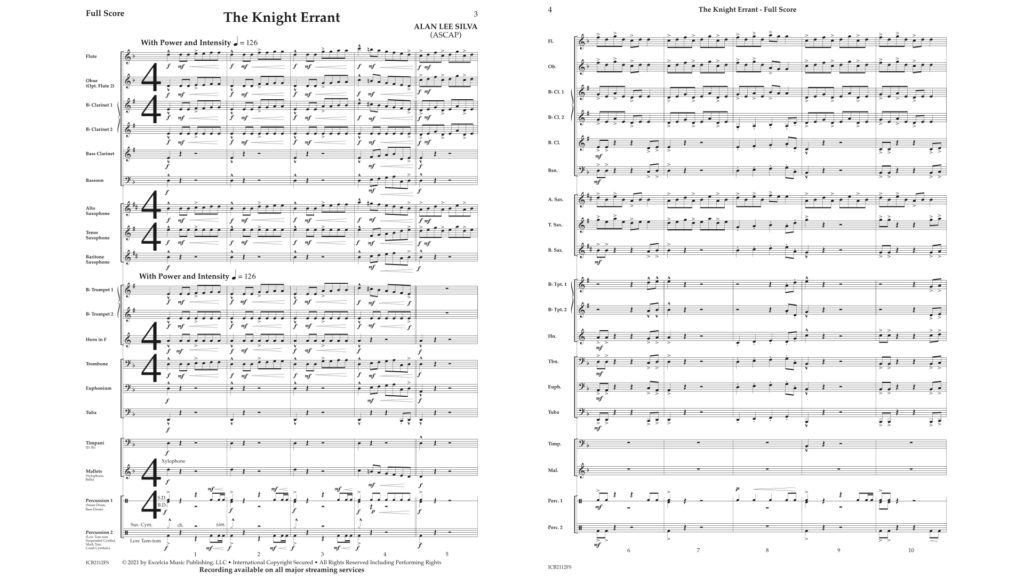