Radiance perfectly describes veteran composer Larry Clark’s powerful new work for concert band. An excellent choice for festival or contest, Sonic Radiance is a bright and melodic piece. With many opportunities to teach form and structure and a wonderfully expressive lyrical section that will push your ensemble’s musicianship, this piece has it all! 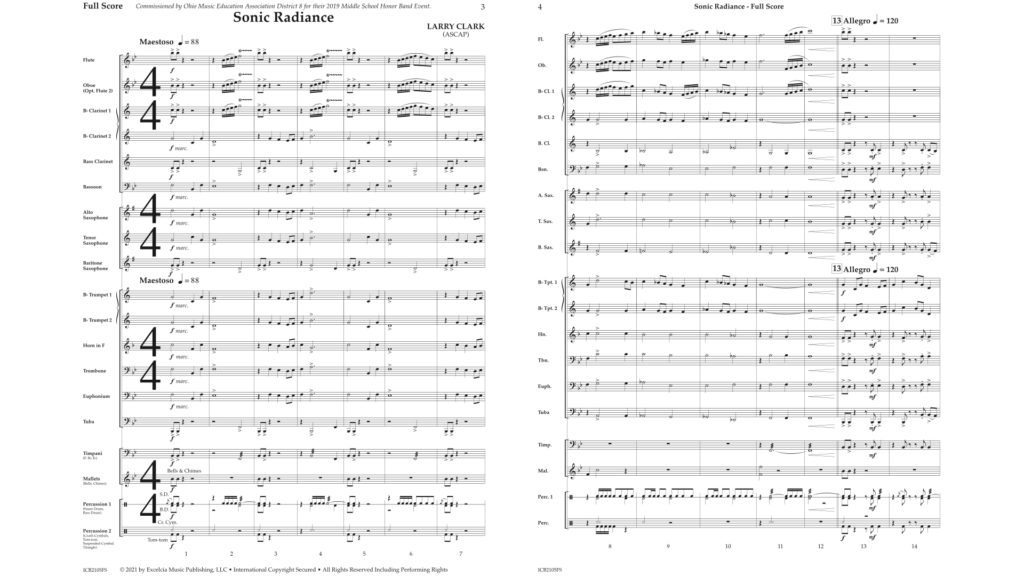