At the Battle of Agincourt

Based on the tune Agincourt Carol, composer Tyler Arcari crafted an intense and dramatic work called Courage (At the Battle of Agincourt). The court intrigue is on full display and there are ample opportunities for each section and each musician to shine. This one is a winner! 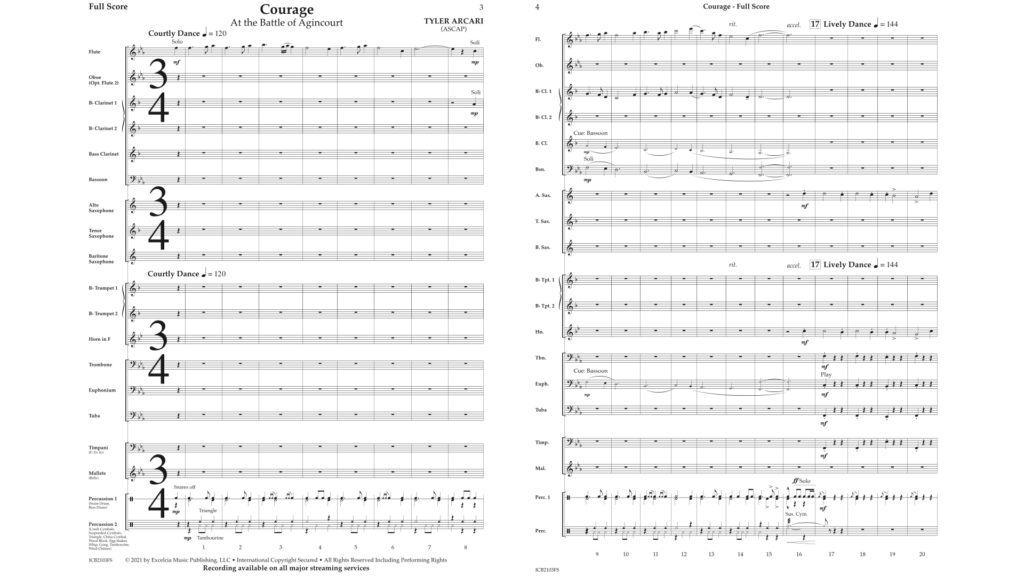