Take a frightful ride with Jason K. Nitsch’s Coffin Races! Perfect for Halloween concerts, this new work makes use of sound effects and color from within the concert band. Similar in style to a Danse Macabre, students and audiences alike will have a wonderfully spooky time! 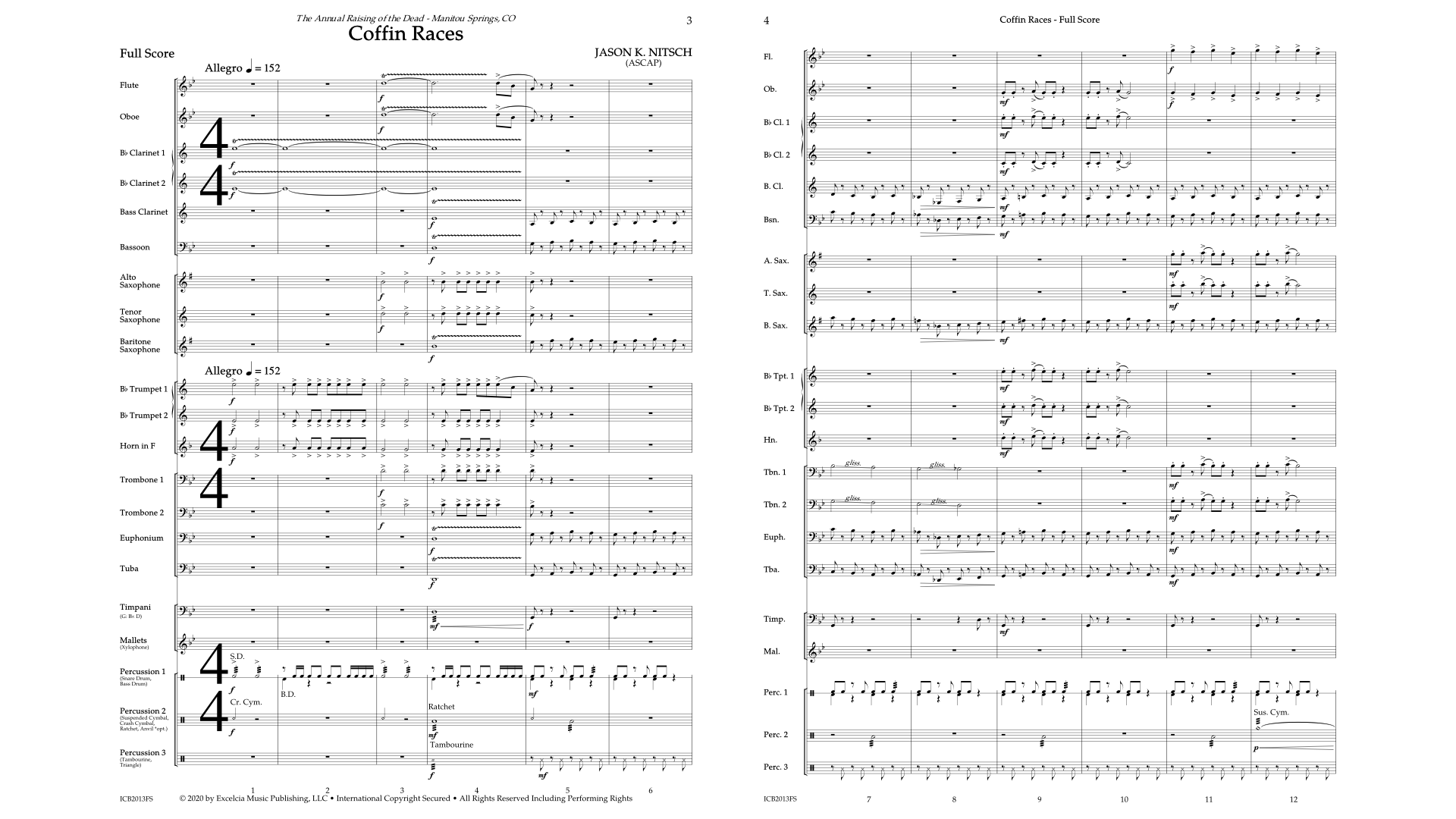