Hiding in the Shadows

Hiding in the Shadows - Robert Thurston

Written to reinforce light dynamics and delicate articulations, composer Robert Thurston has created a great piece that has all the quirky and masterful writing we have come to expect. Fugues, harmonic intrigue, and drama fill this sneaky new work for developing band. 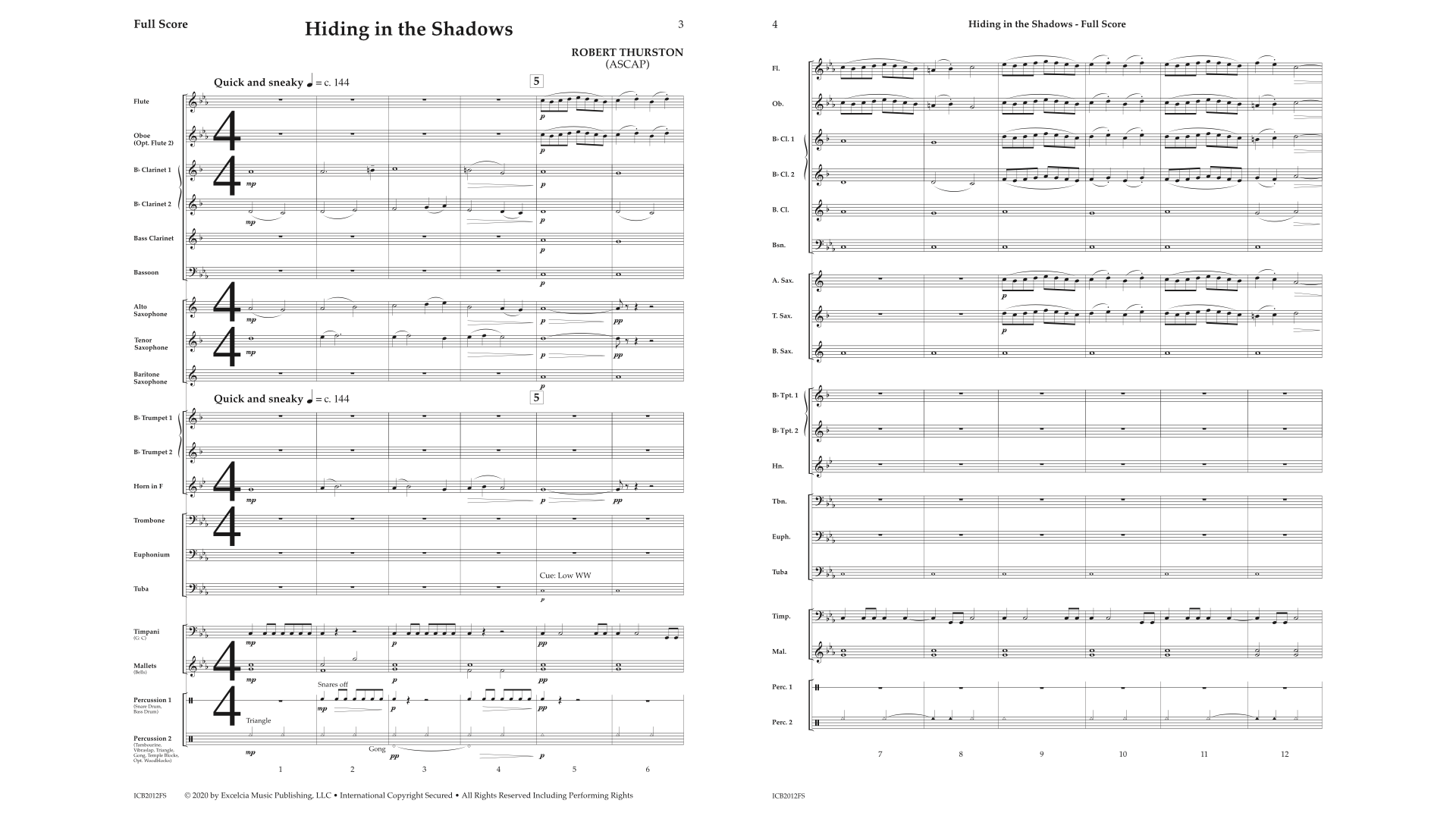