#1 in the Great Quotation Series

Why Not? - Steve Wiest
Why Not Trombone Solo Practice Track

Seldom does a composition come along that is this sophisticated in its harmonic language while remaining within the reach of a younger band. More than a typical “ballad” this is a beautiful and evocative concert piece that will show the depths of your bands ability. Truly a gem for jazz ensemble repertoire. 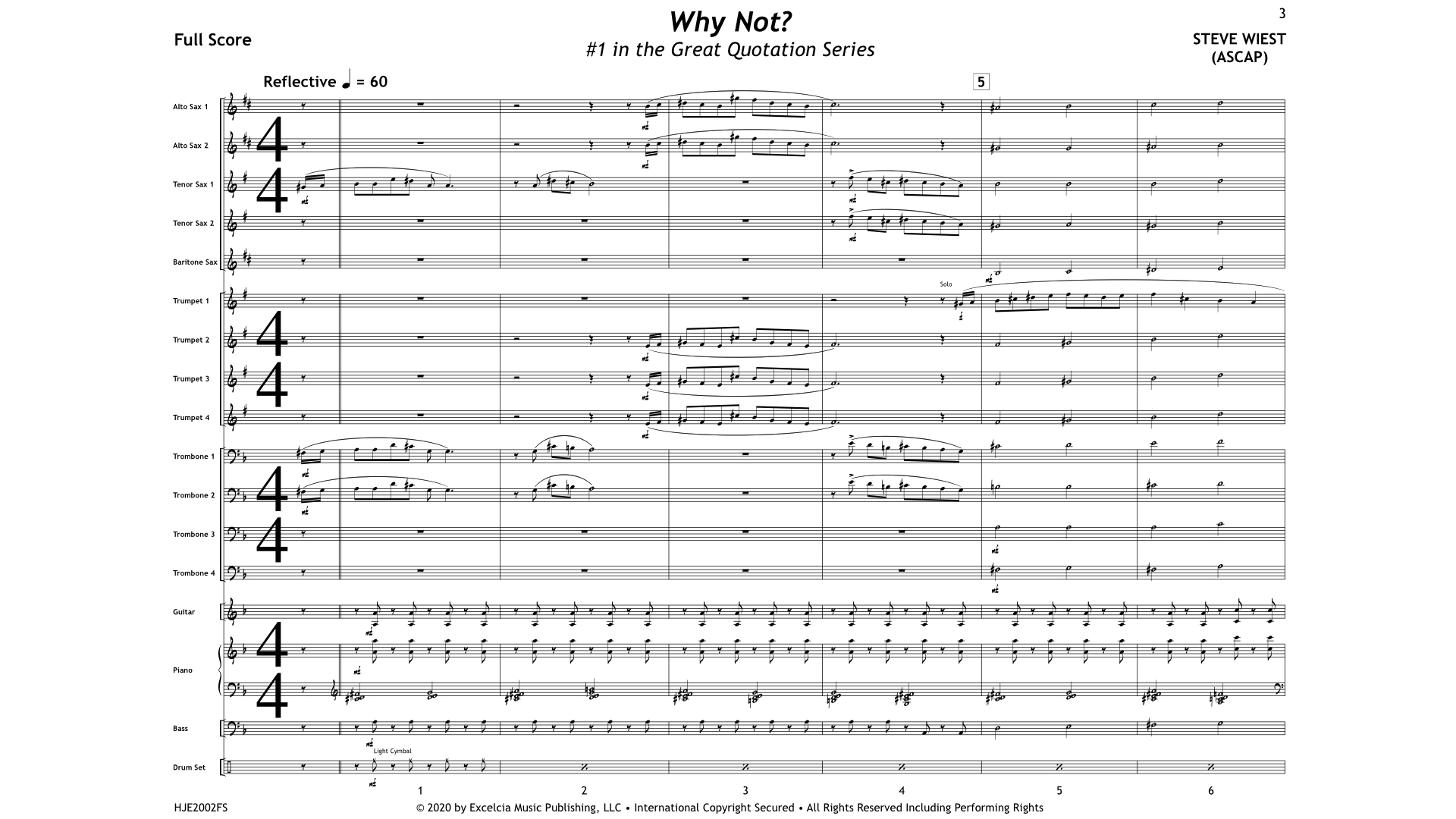