Powerful and cinematic, this composition will have musicians and audiences picturing the awe-inspiring Scottish Highlands. Intentionally “not” drawing on traditional Scottish sounds Highlander brings a fresh harmonic and melodic perspective from composer Tyler Arcari. 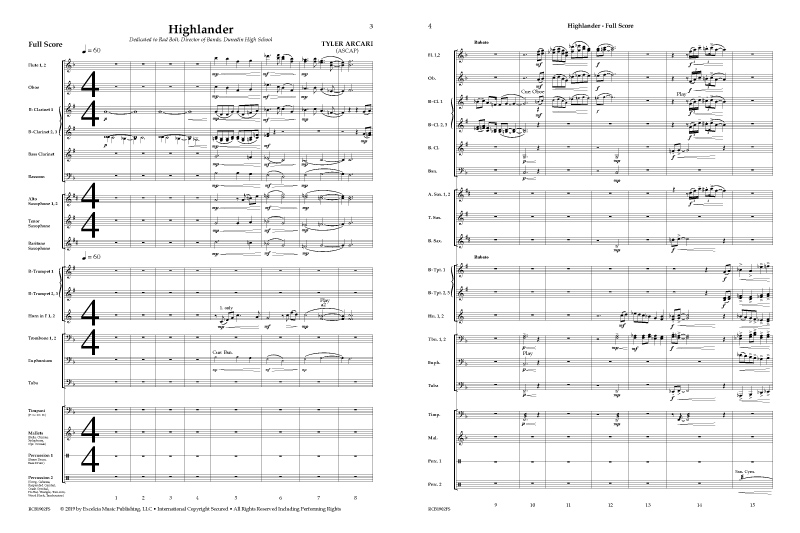