Skip to content
View cart “Clear Resolve” has been added to your cart.

Guardians of the Vanguard

Guardians of the Vanguard - Tyler Arcari

Inspired by the composer’s love of video games, specifically Destiny, this piece is a great introduction to the ABA form.  The middle section, lyrical yet still driving, is an opportunity for expressive playing. Whether for contest and festival or for their spring concert, your students will love playing Guardians of the Vanguard. 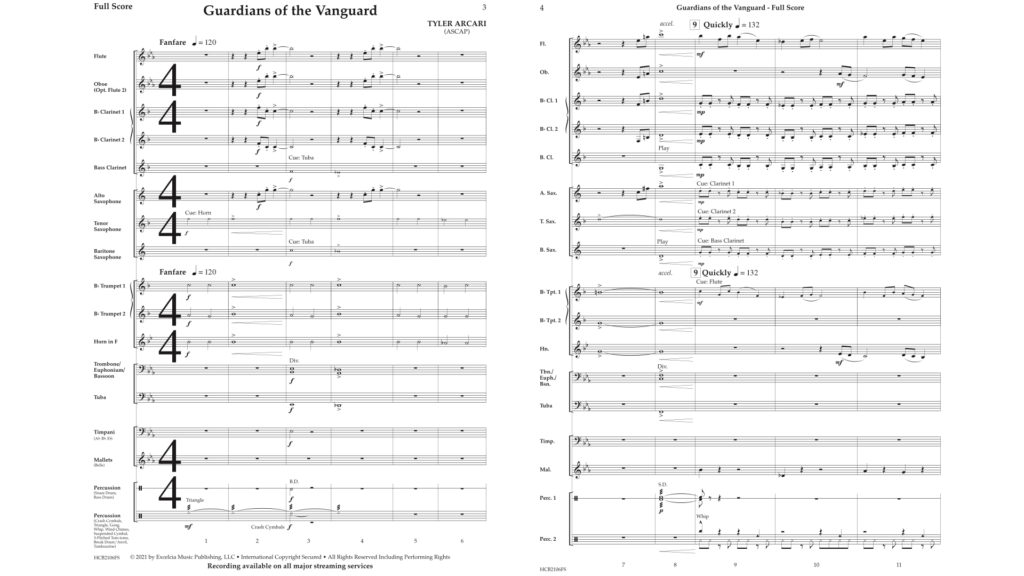