Inspired by the Gothic artists of the 12th century, this exciting new work for concert band explores lots of musical ideas. From independant playing to contrapuntal melodic lines, Gothic delivers a well-rounded concert experience. Explore the possibility of departmental collaboration as you explore artists and works from the Gothic period. 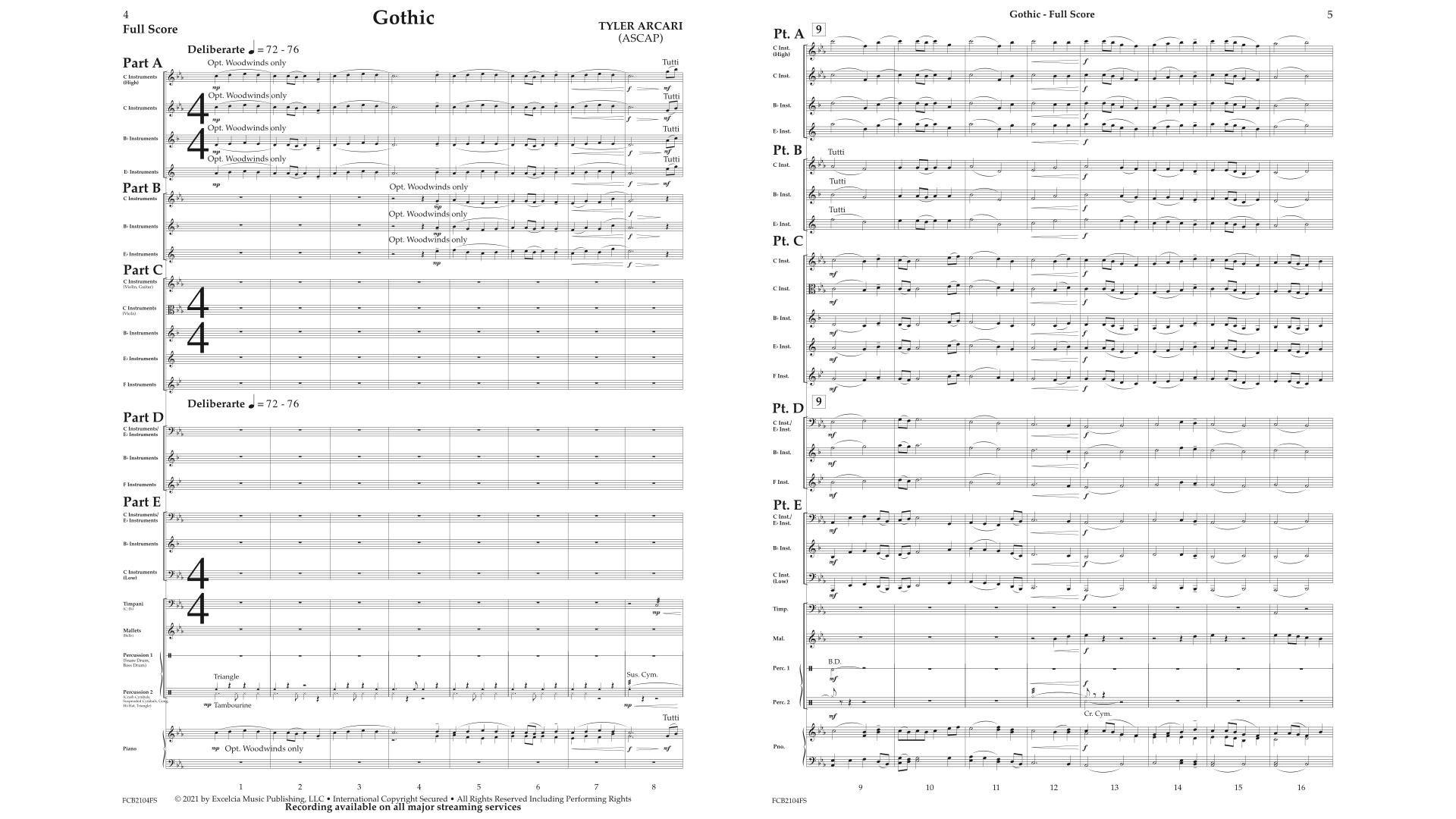