House of the Rising Bells

Open your next holiday concert with this impactful and clever pairing of two folk tunes: House of the Rising Sun and the Ukrainian Bell Carol. Arranged for developing band by Tyler Arcari, House of the Rising Bells is sure to add something unique to your winter program. 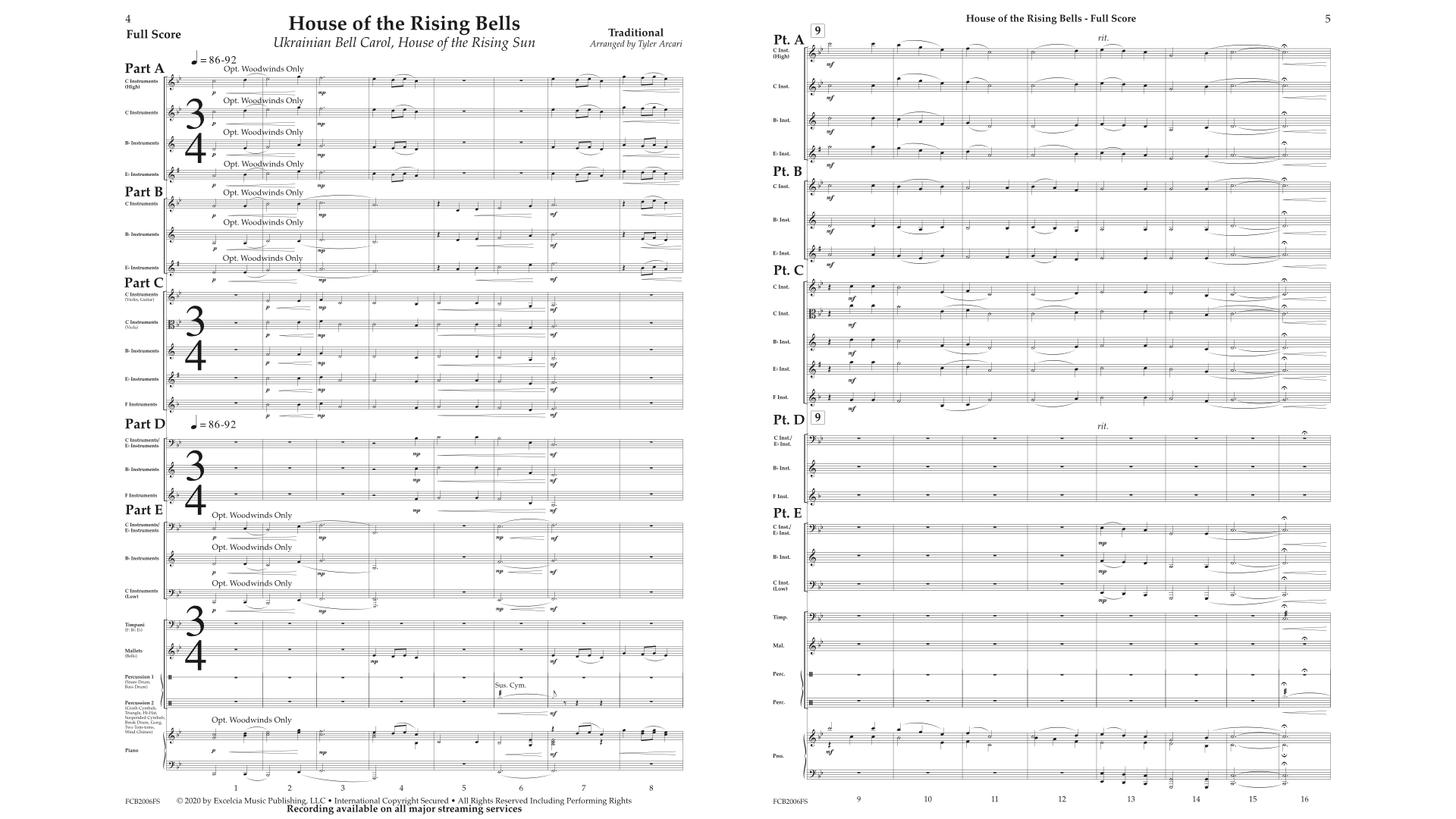