Mercury Rising is an uplifting work for beginning band by Gene Milford. With plenty of opportunity for reinforcement of tutti playing, this work features many call-and-response between choirs in the ensemble. 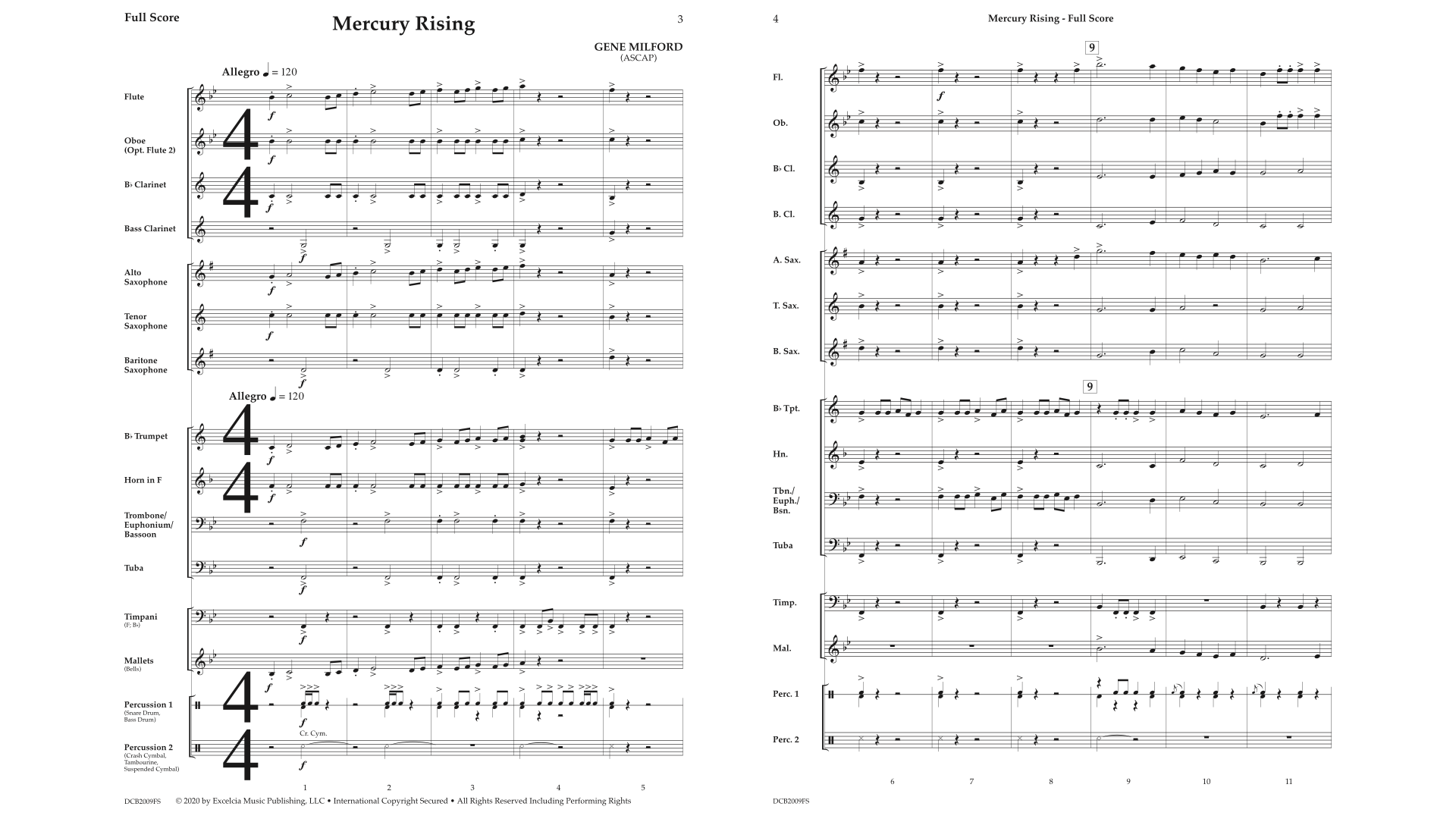