In the various branches of the military, one of the first things that a young recruit learns how to do is to march in step. This march is written in the standard three-part form, with no break strain and is perfect for contest or festival adjudication. 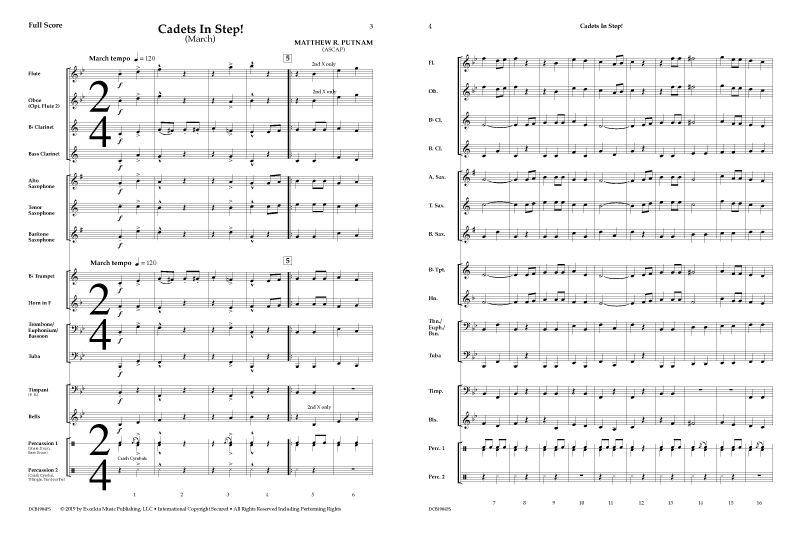