Buckeye Rondo was commissioned by the Ohio State University for their annual middle school honor band festival. Composer Larry Clark used this opportunity to write a piece in a rondo form, but with some modern twists. The main theme is very catchy, and is used in various harmonic treatments and style.  The episodes of the rondo as is common, increase in length and diversity as the piece develops. What a great way to introduce this form to young bands, and on top of that, the piece is infectious and expertly scored to make your band sound their best. 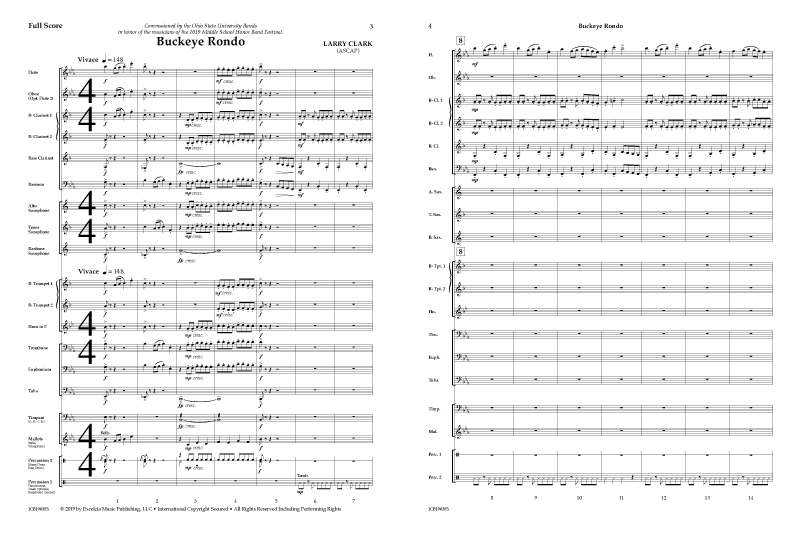