Adaptable Duets contains 29 newly-composed or arranged duets that can be flexibly used with any combination of string instruments, making them an instant favorite for the modern Orchestra room. Written by dedicated educators and composers Tyler Arcari and Matthew R. Putnam, and edited by violinist Diana Traietta, Adaptable Duets are written for grades 1.5 to 3 and are perfect for recitals and festival adjudications. You will find that Tyler and Matthew use their experience as music educators to craft duets that are fun to play and musically stimulating! 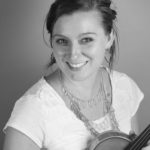