A Heart to Treasure

A Heart to Treasure - Tyler Arcari

A beautifully expressive composition loosely based on an old Irish Air. The beautiful motifs and interesting harmonic progressions make this a lyrical work that will stretch the musicianship of your players. 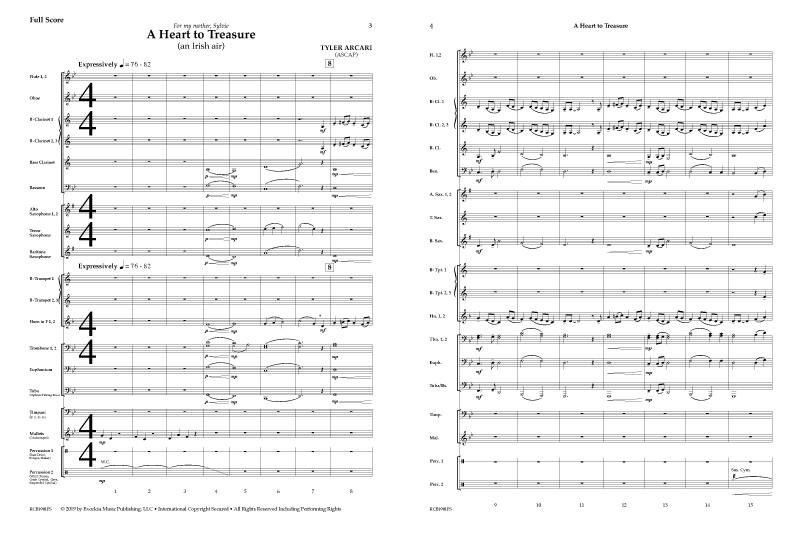