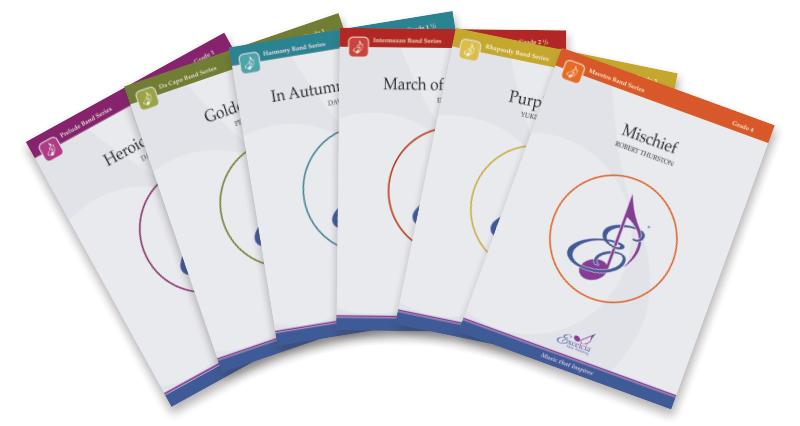 Lakeland, Florida (August 21, 2019) –  Built upon the decades of publishing experience that composer, publisher and educator, Larry Clark, brings to the industry, Excelcia Music Publishing adds 12 new concert band pieces to its well-received 2019 Concert Band offerings, previously released in May of this year.

“We received an overwhelmingly positive response to our Spring concert band release,” remarks President Larry Clark.  “The word is getting out about our vision and practice of supporting our composers and connecting them with educators.  We were honored to receive such a high volume of quality submissions and are thrilled to supplement our 2019 concert band catalogue with this Fall release.”

Each score, and its accompanying parts, are beautifully set for ease of reading and include unique features to facilitate rehearsals, like oversized time signatures in the scores and measure numbers at every measure on each part.  Free preview scores and professional recordings by the Trade Winds Recording Ensemble conducted by Daniel Schmidt — pedagogical examples of good tone and musicianship — are available as a resource to music educators.

Excelcia Music Publishing’s 2019 new concert band music is available now from music retailers everywhere, and many pieces are available with the SmartMusic software.